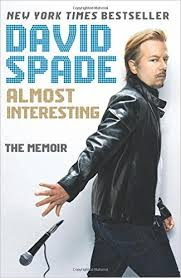 Ah, this book was a welcomed change after January's book. Whew. I trudged my way through that one but there were many large, confusing words and some heavy material.

Now on to February's book...in the introduction alone, I found myself laughing out loud multiple times. A literal, "el-oh-el." David Spade is at the top of my "funniest people in the world" list with his dry wit. He reminds me of my very dear friend, Jonathan, who passed away about 6 months ago. Reading this memoir has helped me feel a connection to Jonathan though the pages of sarcasm and witty charm.

Spade has such a way with these subtle jokes. For instance...referring to his '83 hatchback Honda Accord, as his"pimp sled." Or when he talked about finally having the chance to write a piece for SNL with Tom Hanks. He goes on to say how excited he was to have the writers list the piece as written by HANKS/SPADE in the top corner and "if I had a camera phone back then, I certainly would've snapped a sneaky pic and posted it on Instabrag."

Interesting tidbit: David's brother Andy and his friend Katy, worked in a clothing store where Andy ran the men's side and Katy ran the women's. Later they started dating and created KATE SPADE handbags and became rich and famous.

I found out where Chris Farley's "LAY OFF ME I'M STARVING" line came from. Spade says "it was inspired by the fact that Chris always ate the fries off my plate whenever we were in a restaurant together."

Spade on being high-maintenance during filming : "I'm only good for one thing and that's throwing away jokes in a movie like Tommy Boy. So, the plan was to shove some Vicodins in my pocket and a protein bar down by throat, then say some funny shit you little clown."

Describing one of my favorite scenes from Tommy Boy: "One of my script ideas was the scene when Chris and I are driving along after a long day of sales. We are both burned and tired and this really fruity song comes on the radio. I pitched the idea to Fred that the song should be one by The Carpenters (This comes from my REAL LIFE because I had The Best of the Carpenters CD in my car, and once a girl got in and turned on the radio to find that disc blaring "Rainy Days and Mondays." I played it off like, 'What is this shit?' and then acted like I didn't even know it was in there. I may have even tried to blame it on her.)"

More on behind the scenes with Tommy Boy: "Props can also help a scene. I love that exchange when Chris tells me he's wearing a clip on and I go, 'Are you sure?' Throw away jokes like that are important. They don't get huge laughs but they're nice texture and they carry the style of your humor across."

On of my favorite parts of the book is David's response when he thinks he is talking to a model on twitter. He is so excited and can barely contain himself, but he tries to play it cool. It goes like this: "The day of the event she messaged me again and asked,  'So are you definitely coming tonight?' And I was like, 'RELAX babe, don't be so thirsty. F*cking Needy Gonzalez. Take it easy, I might pop in.' I didn't really say that [but it was pretty ridiculous how excited I was about the party.]" Turns out he was being catfished and he was in reality NOT talking to a model- but his cool cat response was the best part of the story.

On marriage: "I heard a quote once that has been attributed to George Clooney but I'm not sure he said it. Supposedly when someone asked him, 'Why aren't you married? Aren't you afraid of being lonely?' He replied, 'The loneliest I've ever been was when I was married.' Its a great quote whether GC said it or not, and probably hits home with a lot of married men and women out there. I'm not totally against a trip down the aisle, but I don't think I've found a situation where I could nail it perfectly. I've dated great girls. Especially in the last few years so its more my problem. I'm not anti-marriage. I'm anti-bad-marriage."

What a great, easy read. I had a dream last night that I met David Spade and he was just as cool as I thought he would be. So sad to see this book end! It lived up to all my expectations. 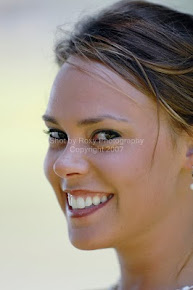